I absolutely love using my . In the cooler months, it makes great, hearty, comforting foods, and in the warmer months it keeps the kitchen from getting ridiculously hot. It’s also a real time saver, because I can just throw the ingredients into the crockpot and leave it all day. Then dinner is ready when we are!

Mexican food is one cuisine that just naturally lends itself to easy adaptation for the . Mexican dishes are often cooked low and slow anyway to develop that rich, deep flavour that is so often associated with Mexican cuisine.

These recipes have all the rich, spicy flavours of your favourite Mexican recipes, but they’re a heck of a lot easier to make than many recipes you’ve probably seen. And you’ll save a fortune over the cost of eating out. (Last time my husband and I ate at On The Border, we spent nearly $60 just for the two of us after appetisers, dinner and drinks!)

So here we have it. The Best Mexican Recipes all right here in one place!

Cooking casseroles in a slow cooker is totally possible, but sometimes they just don’t get that perfectly brown, crispy edge that makes casseroles so amazing. This is one exception! This casserole stays deliciously fluffy and creamy in the centre, while getting that crusty edge that tastes so wonderful and feels so good in your mouth. YUM!

This dish is similar to Carnitas, which is a Mexican pulled pork dish, except it doesn’t quite get that crust that a good Carnitas dish gets. Some people don’t really like that crust, anyway, because it does tend to dry out the pork. But if you want that authentic Carnitas crust, you can take some of this and brown it a little at a time in a skillet with just a splash of oil. This recipe is SO good!

This recipe is ridiculously easy to make, and it’s so cute, because you can slice it into wedges just like a pie, and when you top it with sour cream, it looks like a piece of pie topped with whipped cream. I love it when food is fun! (Plus, it tastes phenomenal!)

Beef is one of those things that I just have to have every once in a while even though I know it’s probably bad for me. Then again, what ISN’T bad for us these days? This recipe couldn’t be easier to make. It takes maybe 10 minutes of prep, and then it just cooks for a few hours and VOILA — instant deliciousness! Just shred it up with two forks and serve with tortillas and your favourite toppings.

This recipe creates a delicious pulled pork in the Crockpot, and then tucks the shredded pork inside enchiladas for a quick bake in the . (You could also use leftovers from the pulled pork recipe above if you already have it.) Enchiladas are one of the ultimate Mexican comfort foods, and this version is absolutely to die for!

If you love the taste of fajitas, but you just can’t stand how messy they are to eat, give this recipe a try. You get all the flavour of a great chicken fajita, but in a soup you can eat with a spoon! (You can always add some sour cream, guacamole, and pico de gallo for even more authentic fajita flavour.)

Mango is one of my favourite fruits, and it’s very commonly used in Mexican cooking. I have always loved the way meat and fruit taste together, and so this recipe really grabbed my attention. It’s a perfect blend of sweet and salty with a little bit of spice. So delish! And you can serve it a number of different ways, such as in tacos or burritos, or just serve over rice as it is!

Here is another great version of Tinga. This one is made with pork, chorizo and potatoes! If you’re looking for a dish that’s really hearty but still easy to make, this is the ticket. This would be delicious served over rice (and it will help extend it for more servings), but if you don’t want the added starch because it already contains potatoes, you could just serve it as-is and it’ll be amazing!

Drunken beans are an incredible substitute for the traditional refried beans or black beans that are typically served with Mexican food. They are rich and delicious, and you can use them a million different ways. Not only do they make the perfect side dish to go with your meal, but you can use them in burritos, tacos, enchiladas, casseroles… so many different options!

Posole (pronounced puh-SO-lay, and sometimes spelled Pozole of Pozolli) is a classic Mexican soup that generally contains hominy. (The word actually means hominy.) It can contain a number of different meats, but most commonly it is made with pork or chicken. This version uses chicken and hominy along with tomatoes and spices, and the result is totally delish! 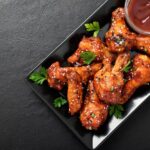 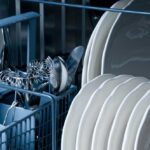