My husband and I were craving fajitas recently, but we wanted something different than what we normally have, so I decided to make up a recipe from scratch.

This made enough for both of us, plus the kids had some leftovers. It could easily feed 4-6 for a full meal. 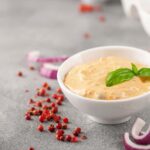 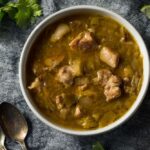