They all are the prominent savouries, found in a typical American meal. But, did you ever wonder where did this tangy savoury taste come from?

The specific taste comes from the glutamic acids, produced in some foods naturally. This is the Umami flavour discussed in this article.

What is Umami Flavour?

If we simplify the scientific definition, Umami is the taste of Glutamate (glutamic acid), Guanylate or Inosinate. Glutamic acid is a common naturally found amino acid, from vegetables and animal proteins. Guanylate is found in plants, while Inosinate is found in meats. The meaty broth-like savoury taste, explained in Japanese terms is what we name umami.

Umami is one of the essential basic five tastes, namely, sour, sweet, bitter & salty, which is why detecting savoury taste is essential for survival. Umami composition is typically found in foods with high protein content, which is why, after tasting the natural umami flavour, your body detects, that the food contains proteins.

In response to which, your body secrets saliva and digestive juices, in order to help digest these proteins. Thus, the umami foods help you with digestion, muscle growth, increased metabolic activities and much more.

What Are Umami Foods?

The foods which are high in glutamate are called as umami foods. Usually used to add a savoury taste to the dish, Umami foods not only enrich the flavour of the dishes, but also, may help boost your appetite and metabolism.

Here I have listed 15 of the top umami foods:

Seaweeds are the sea vegetables that grow in the sea, as a food source for the marine life. Consumed in the coastal areas worldwide, they are the natural source of umami flavor due to their high glutamate content.

Is one of the greatest sources of glutamate, obtained from plants, which results in releasing the umami flavour. An interesting fact you must know is, as the tomatoes ripen, so does the glutamine levels in tomatoes tend to increase. You generally use tomato to get that tangy taste, which makes any dish a perfect tasty treat.

The foods made from soybeans, commonly fermented or processed into various products, such as Edamame, Meat alternatives, Soymilk, Soy nuts, Soy sauce. Processing and fermenting soybeans increases their total glutamate content. Whenever you use any of the above products in any of your favourite meals, you add that pinch of umami or savoury taste to your dish.

The smooth, creamy and glossy textured aged cheese, is high in the umami compound glutamate. The proteins break down into free amino acids, as the cheese grows in age. As a result, the free glutamic acid level is increased in them.

Italian parmesan cheese is one of the longest aged cheese, that has a typical umami taste. That is why, even the smallest amount of its addition, boosts the flavour of the dish.

Both cow and human milk is rich in free glutamate content. Breast milk has higher amount of glutamate as compared to the cow milk. Maybe that’s the reason why your palate responds so favourably towards glutamate.

Also, another important reason of such a high amount of glutamic acid into the milk is, that, it helps the healthy digestion of a new born, and makes it immune to many of the deadly toxins.

As per goes the saying, a glass of milk is equal to a one-time meal, milk is considered a great substitute to meat and other heavy foods, when considered by vegans.

High in glutamate, it has a sweet, bitter and savoury taste, because of the umami compounds found in the dried green tea leaves. It is also high in Theanine, an amino acid that has a similar structure to that of Glutamate.

Green tea is considered to be a healthy beverage, that helps in immunising your body, weight loss, increase appetite, remove toxins from your body. Thus, it can be seen that, this particular source of glutamate plays a vital role to get a healthy life.

Seafoods naturally contain both Glutamate and Inosinate, having a synergistic effect on each other, they give out the umami flavour to the overall taste of the dish. Some of the seafoods like shrimps, cods, shellfish, bonito flakes are the richest sources of glutamic acids.

Meats like Bacon, Ham, Beef, Pork are the rich sources of glutamate, that help your body feed on a good amount protein rich nutrient.

It’s another plant-based source of umami flavour. Similar to tomatoes, drying and ripening mushrooms significantly increase their glutamate content. Especially dried shiitake, are rich sources of umami flavour from guanylate, another glutamate like sources we have seen earlier.

They have a strong earthy smell, that enhances the tastes in any dish you wish to add to. Due to its versatility it’s easy to add to your diet, both raw and cooked.

A simple sauce, prepared by boiling oysters, that are then mixed with corn flour, to thicken it. Even the slightest amount of the sauce gives a load of savoury flavour to your dish. Umami rich, gluten free, delicious vegan relishing treat is what you wish to put on everything.

Edible sweet corn gets its delicious flavour from its combination of Umami Glutamate and the sweetness of sucrose. Corn kernels contain a lot of sugar, and corn germ has a lot of free-form amino acids and lipids.

Corn quickly loses its sweetness and Umami after harvesting, and for best flavour should be kept refrigerated and eaten as soon as possible.

Potato on its way is one of the highest consumed foods globally. When used in soups the glutamate in potatoes is released which makes the soup or any other dish an umami rich dish.

Both potato and sweet potato, are the richest sources of glutamate, hence added to every dish to nourish it with protein, in turn amino acids.

They are cultivated in ponds and marshes and contain high amount of umami compounds in the form of glutamic acid, and are also rich in vitamin C. They are rich in starch, hence used in variety of stewed and fried dishes.

The name of this food itself comes from an essential amino acid named Asparagine, hence the name is asparagus. The upper part of the spear is richer in glutamate and sugar, hence a perfect blend of umami taste.

Walnuts and Almonds are an excellent way to add umami flavour to vegan meals. Although tree nuts like Walnuts, Almonds are not a complete protein, but they contain many of the essential amino acids your body requires. The protein is broken down into amino acids, which are then used to support physiological processes such as muscle repair, digestion.

Peas are also important sources of glutamate and dietary fibres. As they are harvested before maturation, they may lose their sweetness and umami flavours, hence should be stored at low temperatures, to retain the rich savoury taste.

There are so many more food items having considerable amount of Glutamates, essential for your body to function smoothly, which is why, you need to take a break from the regular sweet & salty foods, once in a while, and treat your taste-buds with some of the umami rich flavours, which can equally be healthy delicacies too. 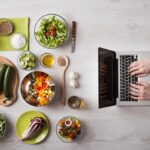 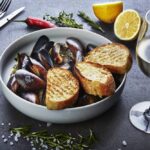