Although cooking the ingredients of the burrito is extremely crucial for the perfect one, your burrito will always be as good as you can fold it.

With rice, meat, beans, and meat all rolled in a single tortilla, it’s quite easy to get all the ingredients falling out as soon as you get to take a bite of it.

To avoid this frustration and enjoy your burrito at the same time, a lot of people came up with a variety of methods to wrap their tortilla for a solid deliciousness.

Read on, if you want to know how to Roll a Burrito like a pro! In today’s article, you’ll find 5 tricks and methods to try out, including the proper way to wrap a burrito in 2 tortillas. So without further ado, let’s dive in!

5 Methods of How to Fold a Burrito

If you want to fold a small, medium, or large burrito make sure that your tortilla bread is large enough for the contents.You can test out if the ingredients are enough by folding it in half while the content is inside and see if you can easily reach both ends with enough room for rolling.Make sure to keep the tortilla warm and moist so it’ll roll easily. You can do that by microwave it for 30 seconds in high settings or by steaming it. Here’s how to roll it:

For a huge tortilla, you’ll need to use 2 tortillas rather than one. Here’s the proper way to wrap them nicely around your burrito deliciousness:

This one is another unique method that’s ideal if you have a small-sized burrito and you want to showcase the content of your burrito from one side.Don’t be intimidated by its name, as it’s extremely easy to pull off. Here’s how to do it:

Method 5: The Pull Back Method

The alternative method to the classic method of folding a burrito is the pull-back one. In this method, you tuck before you roll, which is good for having a solid base to avoid spillage of sauces.

There you have it. A complete guide that shows you how to properly fold a burrito in various ways!

Make sure that you try to roll at least one burrito in each of these methods before deciding on the ideal one for you in terms of ease of application and limiting the mess.

In addition to the previously mentioned methods, always remember that a sensible amount of filling ingredients are also critical to fold the perfect burrito.

Ideally, most burrito vendors will use about 4 ounces of filling, which is about the size of one serving spoon. This way, you’ll make the burrito easier to fold all the while avoiding bulges, spills, and tears! 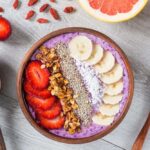 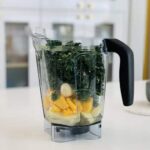