Growing up in a foodie family I learnt about the Michelin Star as a young child. We ate out once or twice a week, and when my parents were feeling flush they would take us to high end restaurants to sample their best meals. Occasionally, my mother would sample a dish, or look at its presentation and remark snidely, “No Michelin Stars for this one!”

Her perfunctory explanation, that these stars were handed to the best chefs for the best food, made no sense to me. Some of the best food I’d eaten came from small stalls and food shops in my neighbourhood. If there was a “Nobel committee” that judged food, chefs and restaurants, they were missing out on some of the best things in life.

Today, I understand Michelin Stars much better. A lot of people don’t. If you are confused, I don’t blame you: food is a very personal experience. What could be a wonderful meal for one person may be just the opposite for another. To have a global system that elevates some restaurants over others doesn’t seem very fair.

Which Criteria are Used to Award Restaurants a Michelin Star?

To understand this special system, you need to start with its history.  The Birth of the Michelin Star The Michelin Star system started off as the Michelin Guide in 1900. Back then, there were few cars on the roads of France, and this meant that Michelin, the tyre company, wasn’t selling enough tyres.  The two brothers who owned the company, Édouard and André Michelin, decided to publish a free guide for French citizens in the hopes that it would encourage more people to buy cars (hence tyres) if they could see all the great places in the country that they could visit.

The guide included maps of the countryside, hotels, inns, petrol stations, car mechanics and even instructions on how to change a tyre.  It turned out to be quite popular and had a positive effect on business. A few years later the company had published a guide for Belgium, Algeria, Tunisia, the Alps, Italy, Switzerland, Germany, Spain, Portugal and several other countries.

After the First World War the brothers decided to make some changes. The guide was no longer free, and because the restaurant section was very popular, they chose to have all the listed restaurants rated. They hired several inspectors to anonymously visit each and give them a star-based rating. Initially, the best restaurants got one star, but over time the two and three star ratings were introduced, and Michelin Stars as we know them today were born:

What Do Inspectors Consider?

Unfortunately, this remains rather vague. We don’t know exactly what factors an inspector takes into account before they can decide whether a restaurant is worth a star or not.

This doesn’t seem very fair; wouldn’t it be easier to qualify if you knew what it takes to be rated?  Not quite; the whole premise works because chefs who want to be awarded a star, or two, or three have to do their best at all times. Each day, they have to come up with the tastiest, most creative dishes, serve them perfectly and treat each diner like they could be a Michelin inspector.  There are, however, five things we know inspectors look at:

It is a common misconception that decor is a factor when it comes to awarding Michelin Stars. It isn’t; some restaurants that have been awarded are small and don’t have much decor to speak of.

What does a Michelin Star Mean for a Restaurant/Chef?

It means everything; think of it as the Oscar or Nobel Prize of the cooking world. A restaurant that has a Michelin rating can expect to do well so long as it keeps consistently churning out excellent dishes.

However, many Michelin chefs have confessed that earning a star or stars only adds to the pressure. Whereas before they could get away with the occasional blunder, once awarded a Michelin rating they have to be extra careful because they attract clientele from far and wide, and each patron expects a true gastronome experience.

A Michelin Star isn’t for life either; if a restaurant doesn’t maintain the standards that helped it win in the first place it can expect to be de-listed from the guide.

What Do I Think About Michelin Stars?

There was a time in my life when eating at a Michelin Star restaurant meant a lot to me; I was eating the best food cooked by the best chef. However, as I’ve grown older and wiser, I’ve come to appreciate that while Michelin Stars are a mark of distinction for any restaurant that can impress inspectors enough, it probably isn’t a balanced system of bestowing accolades to chefs. Some of the best food I’ve eaten has been in obscure eateries that will probably never catch the eye of a Michelin inspector. 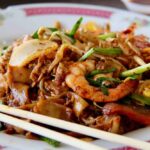 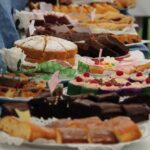