We’ve all heard of several meal kit options and the numerous benefits associated with it. Some brands such as Blue Apron are praised for their ease of convenience, yet there are some reasons people avoid it.

One reason is merely financial, as it may not be feasible for a person to spend a little extra for more convenience: an unfortunate, but understandable reason. However, there is one more reason people often balk at the idea of buying a meal kit subscription plan: its environmental impact.

The Study: Resources, Conservation, and Recycling

In Resources, Conservation, and Recycling (an important journal with a relevant study), a grocery store meal is less eco-friendly than those found within meal kit companies (in terms of greenhouse gases)!

We found this fact astonishing, yet it isn’t the only important data found in the study. The other relevant highlights relevant to today’s topic include the portioning of grocery meals and its differences from meal kits.

Making meals out of groceries is not pre-portioned, which results in more food being wasted. By comparison, meal kits help reduce food waste! Why though? Well, it’s simply because ingredients for meal kits are made with the exact amount in-mind!

On a similar note, one of the co-authors for this study, Brent Heard, goes on to say, “We waste somewhere between 30% to 40% of the food that we produce…”. We, as a society, can do a lot better. Of course, not every grocery meal is terribly portioned, but a fair amount of them are.

When you consider food waste, think of the amount of food divided poorly among grocery shopping. That’s not even getting to the real problem: excess packaging material issues.

This study found that some of the excess packaging material involved with subscription-based meal kits, such as Hello Fresh, tend to be a tad wasteful. However, the same study also found that they reduce food waste considerably. Perhaps some people’s initial thoughts regarding how environmentally friendly these meal kits services are can be put to rest. 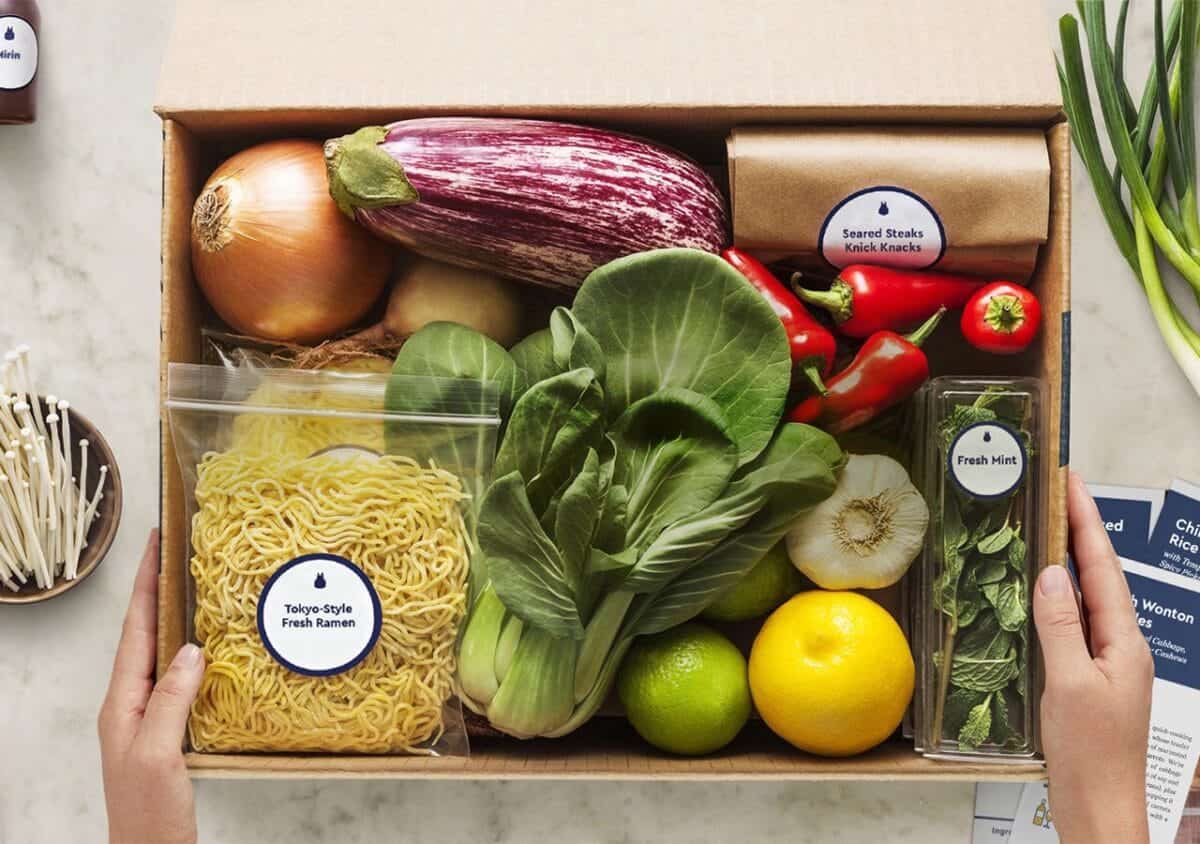 Naturally, there is a ton of stuff going on involving the production of meal kits and how to deliver them, so let’s take a gander at that. First, there’s how the meal is produced. Second, there’s fuel associated with the delivery and other related issues. Finally, we need to assume all delivery services are somewhat efficient and near each other in terms of how they deliver the goods.

In fact, this study touches on that issue. The researchers used the food waste survey from the U.S. Department of Agriculture to determine leftovers and waste between groceries and meal kits.

The only food found to be higher in greenhouse gas emissions for meal kits was the cheeseburger. However, we must first remember that any form of beef is inefficient for the environment. Cows are big creatures, require a lot of food, and tend to have more gas expenditure such as farting and belching.

Meal kits were found to be more energy-efficient overall thanks to its better food portioning. Everything about food waste is tied to it, eventually rotting and producing more methane gas. Believe it or not, there is more to the numerous benefits a meal kit can bring to the environment over your usual grocery shopping.

Benefits and Reminders About Food

The first thing we should remember is the delivery aspect of these meals. Let’s say you need some food and ice packs for an upcoming feast.

If you choose Sun Basket as your meal kit provider, the delivery driver drives around the block in an organized manner. If there are other people involved, they can drop off meal kits nearby.

Compared to grocery shopping, where every individual needs to drive to the store and back. If everybody just had one driver dropping food off instead of going to the groceries and back, that would be significantly better for the environment!

Whether it’s from a grocery store or a meal kit service, the lifecycle of a meal is crucial to both you and the environment. Ideally, you should always try to eat all the food you get and not throw any of it away.

However, not everybody follows this logic. Considering the previously mentioned topic, involving proper portioning, a family tends to throw away more food from groceries than those who use meal kits.

The end of the life cycle for these meals lies with an unfortunate end, where the methane gas associated with it is released into the atmosphere.

Of course, plastic and other stuff sorts of balance out the good and the bad involving meal kits. It’s a complicated issue, but unfortunately, studies on the environmental impact involving meal kits are limited at the moment. Ultimately, people need to use the food they have better. It sounds simple, sure, but it’s necessary for anybody who cares about the environment.

Even if meal kits are more eco-friendly, it won’t matter if a person throws half of it away. Everybody needs to allocate their resources better!

The most important thing to take away from this article and study is that meal kits are not too bad for the environment. True, the packaging can improve, but the overall benefits associated with it cannot be ignored!

Follow Me
Pauline
Pauline is a mother of four, when she isn't cooking up new dishes for her family and friends, she likes to dine out at newly-opened restaurants (especially tapas!) and review them in her blog posts.

Chilli con carne is one of my favourites! You can

Homemade pizza - even though my kids are all grown

I love to have themed dinner nights, Monday’s ar

Meat and potato stew on a cold night 😍 #winter

Bestseller No. 1 Kitchen Roll Holders – Paper Towel Dispenser...
Bestseller No. 2 La Granada Divino
SaleBestseller No. 3 Metaltex Tidy-Tex Kitchen Sink Organiser, Grey, 24...
SaleBestseller No. 4 Tomshine Under Cabinet Kitchen Lights Battery...
Menu
Menu
www.ireallylikefood.com is a participant in the Amazon Services LLC Associates Program, an affiliate advertising program designed to provide a means for sites to earn advertising fees by advertising and linking to Amazon.com. - 32f804a5af0a2fd82fec6c052387edb6ae52c300
Do NOT follow this link or you will be banned from the site!
Share This
Scroll to Top