If you’re wondering if you can microwave corn on the cob, you’re in for a treat!

In today’s article, I’ll show you how to microwave corn on the cob using three different methods. So without further ado, let’s dive in!

How to Cook Corn on the Cob in the Microwave

One of the best things about corn on the cob is that you can use the microwave to cook it. Not only that, but you can also do that in a variety of ways!

To cook corn on the cob using a microwave, you need to get the kernels to cook internally with steam. For that reason, the main ingredient needed for cooking corn on the cob in the microwave is simply water!

In the following section, I’ll walk you through three of the most popular and convenient methods to cook the corn in the microwave.

The first method, and one of the most commonly followed ways to microwave corn on the cobs, is the paper towel method.

It has this name because, for this method, you’ll also need wet paper towels to cook the corn on the cob in the microwave.

This method is ideal for cooking corn on the cob in the microwave because it’s highly versatile, as you can use it for cooking small and large patches in a relatively short time.

Here’s how to cook corn on the cob using this method.

One of the most important things about this method is that you’ll usually need to completely remove the husk of the corn as well as the silk and discard it in a trash or compost bin.

You should also rinse the corn, especially if the kernels have been partially exposed.

Step 2: Prepare the Corn on the Cob

Now that you have clean ears of corn with no husk or silk, put them over a microwave-safe dinner plate and set them aside.

After that, bring some paper towels and wet them in water. Once they soak up water, wring them out and wrap them around each ear of corn separately.

Put the corn back on the plate. Ideally, 2 ears of corn are enough but you can add more. Put the paper towel wrapped ears of corn inside the microwave and cook them depending on the amount of corn you’re heating up.

Ideally, 2 ears of corn should take anywhere between 3 to 6 minutes. This depends on your microwave’s heat settings and wattage, as well as your desired level of cooked corn.

Once the time is up, carefully remove the paper towel wrapping of the corn. Remember, the paper towels will be extremely hot and might burn you, so you can use tongs to get them off the corn.

The second method is fairly easier than the previous one, as it doesn’t involve wringing or wrapping wet paper towels around each ear of corn.

The downside here is that the cooking process might take a little longer depending on your microwave and it’s only good for 3 ears of corn at max.

However, it’s the perfect method for a quick snack because you’ll be saving a lot of time wrapping, wringing, and unwrapping the corn.

Eventually, the overall time of this method can shave off an extra minute from the total time. Here’s how to do it.

Once again, you’ll need to shuck the corn in this method by fully removing the husk as well as the silk of each ear of corn used.

After discarding the husk, remember to rinse the corn, especially if the kernels have been partially exposed.

Bring a large microwave-safe dinner plate and add 2 to 3 tablespoons of water in the bottom of the plate.

Make sure that it’s a super durable plate that’s not entirely flat and you have two of them (preferably the same size).

Put two ears of corn on the cob over the first plate then top it over with the other plate (inverted), creating enough gab for you to see the corn.

Start the microwave and let it cook the kernels until they’re clearly more vibrant yellow. Usually, this should take about 4 to 5 minutes depending on your microwave.

Once the time is up, remove the top plate carefully then discard the water in the bottom one. The corns are ready for buttering and eating directly!

Method 3: The Shucked Corn on the Cob Method

In this method, you’ll know how to cook shucked corn on the cob in the microwave. In fact, you can use the heat to remove the corns husk. However, the husk has enough moisture to cook the corn directly!

To remove the husk with the microwave, you can cut 2 inches of the bottom stalk end and cook the corn on high for about 2 to 3 minutes.

When the corn is done, carefully hold the corn from the end of the tassels and shake it. The corn with a slip right out!

If you want to cook shucked corn directly. Change the microwave timing to 4 to 5 minutes and make sure that the microwave is on the highest setting possible.

How Many Ears of Corn Can You Microwave Together?

Ideally, you can cook as many ears as you want where you add 2 extra minutes for each extra ear you have more than the initial 2 in every previous method.

However, 5 corns seem to be the maximum number to microwave simultaneously to avoid overheating the corns.

In that case, you cook for about 10 to 11 minutes. Keep checking them or stop to remove the cooked ones.

How to Cook Frozen Corn on the Cob in the Microwave

There you have it! A complete guide that shows you how to microwave corn on the cob in the microwave in various ways, so you can enjoy an ear of almost instant and delicious corn on a cob fix! 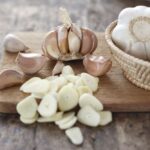 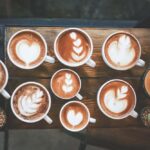