If you enjoy adding some heat to your food, then you probably use red chilli pepper in all your spicy dishes.

But what happens if, say, you run out of your magic maker? Are there any alternatives? Or would you have to just give up that delicious burn?

Okay okay, there’s no reason to freak out! You can use several other types of peppers in place of red chilli pepper. In fact, i’ll be discussing 5 substitutes for red chilli pepper in this article.

What is Red Chilli Pepper?

If you’ve ever felt like a dragon breathing fire after taking a bite of your food, then it’s probably made with some red chilli pepper. There are various types of chilli peppers, but the red hot ones are the most commonly used in our restaurants and found in our local stores.

So where do these hot heads come from? Well, red chilli peppers are the fruits of the Capsicum pepper plant.

They contain carbohydrates as well as traces of protein and fibre. They’re also packed with vitamins and minerals, but most people don’t count on them for nutritional value because they only eat very small bits.

Red chilli pepper gives food a unique, spicy taste with hints of sweetness, sourness, and smokiness. So, you can add it to a variety of dishes from pasta and salsa to seafood and stew.

What Can I Substitute for Red Chilli Pepper?

When looking for a substitute for red chilli pepper, you want to use peppers with a similar level of heat and sweetness/smokiness profile.

The following 5 peppers work well instead of red chilli pepper in recipes:

Harvested while still green, serrano pepper is a bit hotter than red chilli pepper. Actually, serrano is one of the hottest chilli peppers that offer a milder taste.

Used in the Southwest of the United States, serrano pepper isn’t as popular as red chilli or jalapeno. Before adding serrano to your next recipe, be sure to tweak the measures to compensate for the difference in heat level.

With a heat level varying from medium hot to very hot, jalapenos are quite a common edition to add to dishes nowadays. Jalapeno peppers are smooth and usually dark green, but sometimes they’re red as well.

Jalapenos are popular all around the world, especially in Mexican cuisine. These peppers contain a lot of nutrients with numerous health benefits.

Do you know the iconic shape of red chilli where the pepper is thin and curved with a pointy end? Well, that’s cayenne pepper for you!

On the shorter, more rectangular side, we have the pequin chilli pepper that measures around one inch long. These hot chillis aren’t as common as other red chilli pepper substitutes on our list because their cultivation is limited.

Pequin chilli pepper is usually smoked over wood to deliver its signature flavour.

Originating from Northern China, these chilli peppers were actually named after the province in which they were grown. They have a shiny, bright red appearance and are extremely hot.

Also called Chinese red peppers, Tien Tsin chillis are used in many Chinese dishes including Szechuan and Kung Pao chicken. Be careful not to add too much of these substituting.

Can You Substitute Chilli Powder for Crushed Red Pepper Flakes?

The preferred substitute for crushed red pepper flakes is ground cayenne pepper, but if you don’t have that on hand, then chilli powder is probably the next best thing.

chilli powder, much similar to chilli flakes, includes a mixture of various types of dried hot peppers. However, instead of containing spicy cayenne pepper as in crushed red pepper flakes, chilli powder typically use peppers with mild to low heat.

If you decide to go for chilli powder in place of crushed pepper flakes, you’ll need to add a couple of extra dashes to achieve the same level of spice.

Can You Substitute Red Pepper Flakes for Chilli Flakes?

“Red pepper flakes” is just another name for chilli flakes, so yes, you can use them to substitute one another. Both spices are made by crushing different types of red chilli peppers, often with cayenne pepper as a base.

Can You Substitute Red Pepper Flakes for Chilli Powder?

What Can I Substitute for Red Chilli Pepper Paste?

There are several options available when it comes to substituting red chilli pepper paste, here are our favourites:

These are all chilli pepper pastes, just from different backgrounds where each has a unique flavor. For example, sambal oelek is the simplest and mildest out of the three, so it should be great in place of simple chilli paste. If you need a more spiced kick, you can go for harissa or gochujang since they’re much hotter.

The recipe yields a spicy and sweet chilli paste using only 3 ingredients: crushed red pepper flakes, soy sauce, and sugar. Here’s how you can make it:

Thickness is the first and most obvious one. Just by looking you can tell that hot sauce is a lot thinner than paste. So if you need the heat and your recipe doesn’t ming the more runny consistency, some hot sauce should do the trick.

The amount of vinegar added is the second main difference, especially if we’re talking about Louisiana-style hot sauces (such as Tobasco) as they’re traditionally vinegar-based. chilli pastes don’t usually carry the tang of vinegar.

For this reason, you need a hot sauce that’s light on the vinegar to substitute for red chilli pepper paste. As such, we recommend sriracha sauce to get the closest possible taste to chilli paste since it’s thicker and packed with chilli pepper flavour.

Can You Substitute Red Chilli Pepper for Paprika?

Made by grinding dried red peppers, red chilli pepper flakes are hot with a level of spiciness ranging from mild to strong depending on how they were made.

There you have it, 5 substitutes for red chilli pepper to save the day when your spice cravings kick in! 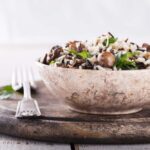 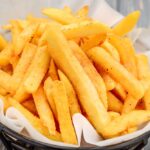