With its impeccable belly-warming qualities, the chilli con carne (or chilli for short) is my favourite Mexican dish. Best of all, you don’t have to prepare small portions every day. You can cook a large pot, store it in the fridge, and enjoy that heavenly dish in the following days!

But the question begs itself, how long does chilli last once cooked? If cooked well, it should stay intact for 3–4 days. If you store it in the freezer, it can last for up to 4–6 months — a fascinating duration for a dish that contains meat, vegetables, and herbs!

Are these durations always guaranteed? How can you know if the chilli goes bad? And most importantly, what factors can accelerate the spoilage process? That’s what I’ll answer in this article. Let’s see!

First of All, Why Do We Store Cooked Food In the Fridge?

To understand the proper way to store chilli, or any cooked food in general, you should first know what makes them spoil.

As you might already know, everything around us, including the air we breathe, contains different species of bacteria and mould spores. But luckily, these pathogens aren’t numerous enough to cause diseases.

Uncooked food is equipped with robust defense lines that stand their ground against the pathogens floating in the air, which is why they stay edible for a longer time. But when you cook this food, you inadvertently demolish these defenses. And you also infuse it with moisture, which is the ideal growth medium for almost all microorganisms.

So, when you leave any cooked dish outside the fridge, the bacteria and mould will infest it and devour its nutritional content. In turn, they’ll produce toxic byproducts that will cause varying degrees of food poisoning if eaten.

The United States Department of Agriculture (USDA) says the pathogenic organisms multiply at the fastest rate within 40 °F and 140 °F, which is commonly known as the “Danger Zone”.
Based on that information, your chilli must be stored in one of the following conditions:

Why? Well, as the temperature increases, the bacteria can multiply faster, increasing the likelihood of food poisoning in a shorter time.

So, How Should You Store Your Chilli?

After you cook your chilli, let it cool to room temperature, and then pour it inside an airtight container and put it inside the fridge.

It’s important to ensure that no air can slip underneath the container’s lid because oxygen causes food to spoil faster by breaking the organic compounds and encouraging bacterial growth.

Remember, if you can’t refrigerate it right away, don’t wait for more than two hours, or one hour if you’re living in a hot area.

I’m sorry to break it to you, but no matter how careful you store your chilli, it’ll always contain bacteria — that’s the whole point of refrigeration, after all.

At temperatures colder than 40 °F, bacteria will still replicate, but at a much slower rate. That’s why refrigerated chilli can last for 3–4 days only.

But inside the freezer, temperatures below 0 °F will completely halt the bacterial growth, allowing the chilli to stay edible for up to 4–6 months.

How to Know If Your Chilli Has Gone Bad?

Unfortunately, your chilli can go bad even if you follow all the storage recommendations to the letter. We can’t exactly predict how bacteria and mould will behave, especially when we can’t maintain accurate temperatures.

So, you should familiarise yourself with the spoilage signs. If you ever spot any of the following signs, discard your chilli immediately, even if the stored amount is too large. You know, it’s better to err on the side of caution when it comes to food poisoning!

Even though we, as humans, evolved to depend less on our noses, we can still identify rotten food from a distance.

If your chilli smells musty, pungent, rancid, or just a little off, throw it in the trash. And please, do yourself a favour and trust your nose on this one!

The byproducts produced by bacteria and mould will seep into the chilli’s stew, making it feel slimy. Also, the hard bits will look either crumpled or fused.

In the unlikely event that you missed the previous signs, you could never miss this one. After rotting, the chilli’s stew, beans, and beef will change in colour. Initially, they’ll only have a darker shade. But with enough time, they might develop sizeable greenish or whitish spots. As you might already know, those latter colours denote mould infestation.

To ensure optimal safety, I also recommend checking the container’s sides plus the lid’s underside. Because mould spores can fly into the air, they might manifest at these relatively distant locations before appearing in the chilli itself.

If you’ve been refrigerating your chilli for more than four days, don’t even check for the previous signs — just throw it right away!

How long can you keep chilli in the refrigerator? It depends on the storage method. If you refrigerate it between 0 °F and 40 °F, you can keep it there for up to four days.

If you want to keep it stored longer, you’ll have to use the freezer. Ideally, it can stay there for up to six months, but you can’t always guarantee optimal taste after that lengthy period.

Remember, for both storage methods to work, you must not leave the chilli for more than 2 hours at room temperature. Also, the storage container should be airtight since air is a major spoiling factor.

Lastly, keep this saying in mind, “When in doubt, throw it out!” 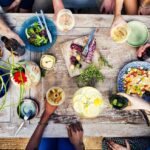 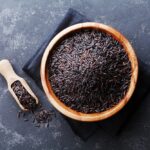