We can all agree that pumpkins are good for a range of things, be it turning them into pies, carvings, and other sorts of snacks, right? Well, they are also good for painting. If you ask most of us, their seeds are the main attraction. Whether you want to coat them with your favorite spices or roast them, they are a good treat for you and the people around you.

So, which pumpkin should you consider as best? Seed pumpkins are those that have plenty of seeds in them, rather than the amount of flesh in them. That is what is known as high food value.

But how do you pick the best pumpkins for seeds? This article brings along a simple answer to that question.

Most people prefer Kakai pumpkins over other pumpkins simply because of their large (usually dark green), hull-less seeds. So, it did not make it to the list of the best pumpkins for seeds without a reason.

Its seeds can be eaten as snacks, whether raw or roasted.

What you will certainly like in Kakai is not only the good-tasting seeds but the round-shaped flesh as well. Most of them weigh between 2 to 4 kilograms (about 5 to 9 pounds).

Inside the round pumpkin, you are sure to find a very large seed cavity, which makes it easy to get the seeds out when you need them. Additionally, this makes the pumpkin lighter than its physical size.

Even though the flesh is not that tasty, you can feed it to your livestock.

Or you can use it to make appealing ornaments. What this means is that Kakai can be used for sorts of things.

Let us talk about the seeds, can we?

Now, 2 kilograms of Kakai seed pumpkin can give you at least one cup of tasty seeds while the larger ones can yield about 2 cups, or even more.

Tip: Make sure not to store Kakai seed pumpkin in unfavorable conditions as the seeds may sprout. If your main interest is the seeds, harvest them before storing the flesh for other uses.

If there is a pumpkin that produces the tastiest seeds ever, then it has to Lady Godiva seed pumpkin.

Now, you could be aware of a few pumpkin varieties that produce ‘naked’ seeds, and Lady Godiva is the most popular of all naked-seeded pumpkins.

With this variety, you don’t have to apply much effort when preparing its seeds for cooking or roasting, as they do not come with the hard shell. A single Lady Godiva pumpkin plant has the potential to produce up to 15 round-shaped fruits that have green patches.

Though the flesh is stringy and thus not much good for eating, you can cash in on up to one pound of seeds in every fruit. The seeds are known to contain protein, magnesium, zinc, phosphorus, copper, manganese, iron, and tryptophan, all of which have many health benefits.

Lady Godiva pumpkin seeds can be roasted, dried, or used as snacks. They are also a good addition to salads.

Another plus is that the seeds are nutty, delicious and have a pleasant flavor. However, you should be prepared to sweat a bit as you open mature hard shells.

We cannot say that the list of the best pumpkins for seeds is complete minus Styrian pumpkin.

Recall the adage: That the best things come in small packages? Styrian pumpkin seeds are certainly nature’s brand of multi-vitamin.

Also known as the naked-seeded or hull-less pumpkin, the Styrian pumpkin produces unique thinly-coated, which makes the entire seed edible. It is also worthwhile noting that this pumpkin got its name from Styria province in Austria.

What most people like about this cultivar are the seeds that are high in natural oil, and which can be eaten raw or even roasted. To harvest the oil in the seeds, you press them, and you can use the oil alongside your soup, salad, or pasta.

When eaten in the right amount, Styrian pumpkin seeds offer abundant amounts of minerals, vitamins, proteins and essential fatty acids that are beneficial to human health. Additionally, these densely packed pumpkin kernels have excess fiber that can satiate appetite and nourish the body.

The Styrian variety of cultivars are grown the same way as other pumpkins, though the seeds are a bit fragile. This means that the seeds are to be planted shortly after harvest.

This is yet another vigorous pumpkin that is grown for its seeds. And it is arguably the most popular pumpkin across the globe.

It was developed around the 1960s at the Gleisdorfer Seed Breeding Institute, and thus the name Gleisdorfer. It was not until 1970 that it was introduced commercially.

It is a red pumpkin with dark green speckles and patches. Most of us like it because of its large hull-less seeds which are just delicious when roasted or eaten raw.

What more? Gleisdorfer pumpkin also comes with a delicious golden-yellow flesh that can also be baked, roasted or used for salads and soup.

You press the seeds to get oil.

Williams Seed Pumpkin is the last on the list of the best pumpkins for seeds.

This oilseed pumpkin comes with a thin testa on seeds, rather than the usual hard coats you find in conventional pumpkins. This renders the entire seed edible and easy to press when extracting oil.

But before harvesting the seeds, you need to allow it enough ripening time. The seeds are to be cleaned and dried before use.

When storing the seeds, you need to be extra careful as Williams’ seeds are a bit fragile to touch, so they require delicate handling.

On matters of seed consumption, make sure to eat them raw as this will give you the most nutritional value. However, roasting is not bad because it adds flavor.

Additionally, you can extract oil from the seeds and use it in soup, salads, and pasta.

Williams seed pumpkin as tasty flesh, though it has been traditionally used as animal feed. In real terms, the flesh can be used on bread, pies and other pumpkin cooking recipes. Plus, the fruit comes with many seeds.

The list of best pumpkins for seeds is a bit lengthy, but the above five cultivars are the ones that have the highest amount of seeds.

That said, you need to know how to grow the best pumpkins for seeds. It’s all fun and easy, especially when done during the fall.

While pumpkin seeds come in different varieties, it would help if you grabbed a few seeds from the species appearing in the list above. They are the types that can give you the highest nutritional value, coupled with the ease to harvest seeds.

Plus, as you may have realised, the types above come with the largest seed count as compared to other conventional pumpkins.

2. Plant The Seeds in a Sunny Spot

You can pick any sunny day, but a day after the last frost would work best for sowing. Each packet has instructions for sowing and the days it should take for full maturity. Most pumpkins take 100 days or even more to attain full maturity, so you should be aware of the variety you go for before proceeding to plant.

Space out the seeds in a sunny spot, as per the recommendations listed on the packet.

If you are an ambitious farmer, you can consider planting the seeds in pumpkin ‘’hills’’, whereby mounds of oil are slightly raised off the field. Raised hills make it easier for the soil to warm and drain water faster.

Most garden vegetables require that you water them at least once per week, and pumpkin plants are not an exception.

So, they will require gentle soaking once per week, but you should adjust accordingly based on the weather in your area. To increase soil moisture levels, do mulching to maintain constant hydration. You should also never forget to tamp down all the weeds near the plants.

Also, strive to resist the temptation to prune your pumpkin plants as the leaves help them to produce more carbohydrate gas, which translates to many pumpkin fruits.

4. Test and Fertilise the Soil

Since pumpkin plants are heavy feeders, it is imperative to provide them with the fertiliser or food they need for their growth.

Testing your soil every few months or years is the first step in determining the exact type of fertiliser you will need throughout the whole process.

The results will give you the exact picture of the pH and nutrient levels to help you plan accordingly.

The best fertilisers for pumpkin plants should contain nitrogen, phosphorus, and potassium, and it is in this same order that you should apply them.

5. Harvest Your Best Pumpkins for Seeds

Following a few months of growth (it depends on the type of pumpkin. See seeds packet), your pumpkin plants will attain full maturity. You will know they are mature when the rinds harden and the fruits attain the desired shade.

Then enjoy the fruits of your toil by cooking, decorating or carving the pumpkin. 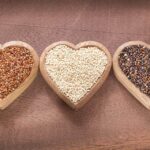 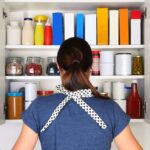