Everybody loves a good steak, and we especially love a steak that is prepared properly. That doesn’t just mean the steak is cooked to perfection and seasoned well, but it also means the steak has been cut in the right way.

Yes, there is a right way and a wrong way to cut steak. If you are doing the cutting yourself, you need to be aware of how you cut meat with or against the grain. Not every cut of meat is the same, and some pieces of beef have a distinctive grain to them.

What Is Steak Grain?

With steak, there are some cuts that are grainier than others. That word “grain” in this context just means the roughness and the texture of the steak. Some cuts of steak are very smooth and some are kind of rough, and you can feel that as you brush your fingers across the top.

What causes that difference? The parts that have rougher muscles are the parts of the cow that were used more. All meat is made from muscle, and the muscles that got the most workout tend to yield cuts like the flank, chuck, and round. The tender cuts of beef that are succulent and easy to cut through, like filet mignon and strip steak, come from parts of the cow that didn’t get as much of a workout.

If you run your hand over a cut of flank or chuck meat from a cow, you will feel that rougher texture. That graininess is caused by extensive muscle usage. As you bite into cuts of meat that are grainy, you will definitely notice that they are tougher. They take more chewing and they are not as easily digestible. It’s understandable, then, that the tender cuts of beef are more expensive since they are easier to eat.

Why Your Cutting Method Matters

Do you cut meat with or against the grain? What happens if you choose the wrong one?

When most people get their beef, they just cut however it is convenient for them. They don’t pay attention to the grainy texture the meat may have or whether they cut meat with or against the grain. They aren’t thinking about all of that as they focus on just cutting the meat into the size of cuts they want.

See also  Does Soy Sauce Have to Be Refrigerated to Stay Fresh?

The problem with this is that you can get tendon and connective tissue right in the middle of your cut. It’s best to leave that on the outside edge of the cut or completely off the cut. That way, you get all meat in your bite instead of tough tissue that doesn’t taste as savory as the meaty parts.

If you are cutting the meat the wrong way, you can end up with some tough cuts of meat that are a pain to bite through. This is why a lot of restaurants will make the cuts for you, creating more palatable meat that is easy to eat.

If you are asking, “Do I cut meat with the grain or against?”, you probably aren’t paying attention to how you cut it. You may cut some of the tougher parts of the cow and end up with them on your plate, giving you some meat that isn’t as tender as it should be and isn’t as pleasant to eat. Why work so hard for your food when you can cut smarter and save yourself some work?

Those cuts of beef that you might consider tough can actually be quite tender if cut properly. You might not have to do so much chewing if you learn the proper way to cut your steak.

Should You Cut Meat with or Against the Grain?

Are you having to chew and chew through the meat because it’s so tough? If that happens, then we have to ask a question. Do you cut meat with the grain or against? If you’re doing it wrong, you’re really giving yourself too much work. You need to cut against the grain, and you’ll find that your steak is a lot easier to eat. Say goodbye to tough cuts that are a pain to chew through and start enjoying steak the way it was meant to be eaten.

Experts agree that this is the way to prepare your steak and the best way to get tenderer cuts, even from those parts of the cow that are traditionally thought to be tough. Filet mignon and strip steak will still be some of the tenderest pieces, but the other parts don’t have to be such a chore to consume. You will see it for yourself once you try this method of cutting your steak. 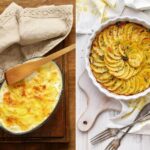 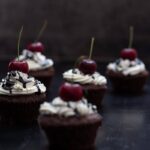