What’s broccoli rabe? It’s not actually broccoli, and if you didn’t know that already, it may come as a little bit of a shock. Broccoli rabe (pronounced like “rob”) is a green, leafy, cruciferous vegetable that  has a bitter taste to it. You can use it in similar ways to kale, spinach, or other thin and leafy veggies.

The bitter taste means that it needs to be flavoured and seasoned just right to make it palatable for most people. It’s a good source of nutrients, but not everyone is going to want to just chow down on some raw broccoli rabe.

It does look a bit like traditional broccoli, so it’s understandable that some people would have misconceptions about it. However, this is more closely related to a turnip than to regular broccoli.

Do you know how to cook broccoli rabe? It can be cooked in a number of different ways and used in a variety of dishes. This is a vegetable that can be used to bring flavour, nutrients, and crunchiness to your meals, making them more varied and interesting and giving them a dash of green colour.

It’s important to know what foods to cook it up with and combine the broccoli rabe with so that it complements your food rather than dragging it down and hurting the overall flavour and presentation.

One of the defining traits of broccoli rabe is that it is bitter. It has a strong taste to it that keeps some people from enjoying it and that might prevent them from including it in meals.

However, if you know how to negate or cover up some of the bitterness, then you can use this veggie more successfully. The vibrant green colour and pleasant crunch make it a great addition to a lot of foods, and one of the better broccoli rabe dishes I have tried is the broccoli rabe frittata.

Eggs are a great equaliser when it comes to flavouring. They can absorb some spices and seasonings well and help to weaken the power of spicy, tangy, or otherwise boldly flavoured foods. The frittata is a fairly easy food to make and a great way to utilise the rabe.

The colour works very well in this dish, as does the bitterness, with becomes only slight when paired with the plenteous eggs and various seasonings you would us to make frittata. This is one of my favourite ways how to cook broccoli rabe so it is not bitter.

How to Cook Rapini Broccoli Rabe

You can prepare broccoli rapini or rabe (which is the same thing) a few different ways. Probably the most commonly used method and one of the easiest is to boil it in a pot of water. This cooks the rapini thoroughly and makes it soft enough to be palatable.

How long to cook broccoli rabe? You only need to cook it for a minute if you place it into water that is already boiling. This is a thin vegetable- leafy thin, in fact, so it doesn’t need to cook or long to become soft enough to eat.

Many recipes will call for you to take the broccoli rabe out of the boiling water after a minute and put it into an ice bath. What this does is stop the loss of flavour and nutrients. It keeps the broccoli rabe from overcooking as well, which is a serious issue. You want it to still have flavour and texture, and you have to be very careful about how long you cook it for. Otherwise, it becomes mushy and not very tasty.

This is a simple way how to cook broccoli rabe on the stove, and it is not the only way. You could also stir fry or sauté the rapini. If you have broccoli rabe, how to cook it with the sauté method? Simply chop the rapini in as small pieces as you like and cook it up in some butter on a medium heat. It cooks in just a few minutes this way.

How to cook broccoli rabe rapini fast and easy? Just wash and prepare the leaves, which can cook in butter for 3-5 minutes in a frying pan. You don’t need to add oil or do anything else to the rapini, but you should pair it with some food that will help to dilute or weaken the bitterness of the dish.

How to Clean and Cook Broccoli Rabe

Cleaning your leaves before cooking them is important. You will get rid of debris on the leaves and have an opportunity to check for signs of deterioration. You can pull the leaves off the rapini and cut the leaves it no as a small size as you want them so that they are bite size for you.

Some people like large pieces to use in salad or as garnish, but usually you would chop the leave small so that the bitterness can be easily diluted.

One of the most important things to know about how to cook broccoli rabe rapini is that it needs to be washed and prepped first before cooking it. You don’t want spoiled leaves in your food, nor do you want to end up eating any of the debris that can be attached to the leaves. Washing is an essential step that should not be skipped.

How to Dilute the Bitterness

I mentioned a little before about how to cook broccoli rabe not bitter so that it doesn’t have such a strong flavour. There are ways that you can cook the leaves and prepare your dish so that it isn’t as bitter as the natural flavour of broccoli rabe.

The bitterness is a big concern for anyone who has cooked with rapini before and who is experienced with how it tastes and its effect on the dish. Not everyone wants a bitter dish, so using other foods with this rapini to weaken the flavour is essential.

How to cook broccoli rabe leave so that they are not bitter? You should only cook them for a short amount of time for maximum texture and flavour, but the longer you cook them, the less better they tend to become. You probably won’t boil or sauté the bitterness out of them entirely, but you can dilute the bitterness by combining them with the appropriate foods.

Like I said earlier, eggs work pretty well, but creamy foods work even better. A creamy soup can benefit from the hot of rapini and the extra bitterness it brings, and it won’t become overpowering because of the effect for the creamy ingredients.

If you have broccoli rabe rapini, how to cook it so it isn’t as bitter? Just add in some other ingredients that work to deaden the bitterness, like bread, cheese, cream, and anything that is thick or heavy. Potatoes are a good food to pair with it, thanks to the colour contrast, texture contrast and flavour contrast.

So, now you have a few ideas that you can use when you want to cook rapini next time. 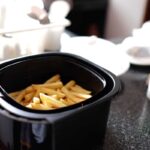 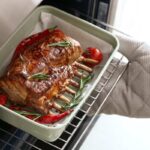