Did you know that a lot of the sodas you buy from the store can be made at home with some simple ingredients? I always thought that some of these beverages were closely guarded secrets and there was no way anyone was going to figure out how to make them on their own.

The internet has proven me wrong, as people keep coming up with ways to make their own version of famous beverages so that you never have to go to the store to buy a name brand soda again.

You can find all sorts of quick and easy recipes that will break down your favourite drinks into their component parts and give you an easy way to make them in your own kitchen.

You can even make homemade Dr Pepper, which is one of my favourite soft drinks. The recipe I have for you is simple enough that you don’t need any fancy or expensive machinery, and all of the ingredients are ones that you can get without too much trouble.

Some of these ingredients will probably throw you a bit, and you may not know much about witch’s wart or brown sugar rocks, but they are all easily obtainable. Both of these are candy items, are often used to make other kinds of candy, so check your local confectioners, if the grocery store doesn’t carry them.

The best thing about this recipe is that it is simple to make. It doesn’t require an advanced degree in chemical engineering to pull off. The makers of Dr Pepper probably use a different preparation method, but this simple homemade method will work for us, and it creates a beverage that is practically identical in texture and taste. 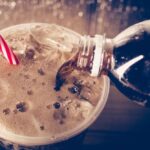 There is a popular Tik Tok hack going around that you might have seen. If you haven’t, then you need to be aware of this one that lets you make a homemade Dr Pepper with just a couple of ingredients. It is even easier than the recipe up above, and it tastes almost exactly like the real deal.

Unless you are someone who drinks a lot of Dr Pepper and who is very familiar with the taste, you won’t even detect the difference. That is how slight it is.

This recipe also makes a Dr Pepper copycat drink that has zero calories. How amazing is that? I think it’s fabulous, which is why I was interested in it in the first place. Who wouldn’t want to make their own version of a popular soda at home and not have any of the guilt of the calorie count in there to worry about?

Tik Tok is a great place to find some quick hacks for making things in an easy way. Once one of those hacks starts to trend that is a pretty good indicator that it works, and this one has been trending like crazy. I wanted to share it with you all so that you can try it for yourself and get it from a trusted source so you know that it works. 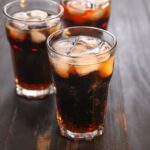 I told you this was a simple recipe, and I want to add a few tips to make things go smoother for you.

This is a drink mix that people swear by, and your mileage may vary. You might not like the taste or think that it tastes just like Dr Pepper. How much you like it will probably depend on how careful you were with the measurements and how much you like the original Dr Pepper in the first place.

Note that there aren’t any specific measurements listed here. You’ll have to experiment a little bit, but remember that I said to start with a small amount of MiO and then add from there if it isn’t enough.

The taste comes out fruity and a bit spicy, which is how it should taste, and we know that in a few weeks someone will probably have a tweak or two that perfects the flavour even more, but as far as simple hacks for making this at home Dr Pepper, you can’t get any better than this. It’s just two ingredients, and that is the definition of a simple recipe, especially since all you have to do is mix them together.

How to Make a Dr Pepper Dirty Soda

Have you heard of dirty sodas? They are very interesting beverages made from any kind of soda, half and half, lime, and coconut syrup. This makes a really smooth, sweet, creamy drink that is easy to overindulge in.

We have heard of some people having thousands of these in a single month, which doesn’t sound healthy, but that gives you some idea of how popular they are and how addictive they can be.

If you want to get a new beverage habit that’s safer than alcohol or wine, try this souped up Dr Pepper concoction that comes from the alcohol-free Mormons of Utah.

Another aspect that makes this drink unique other than the ingredients is the size. It’s usually served in a 2-ounce cup, so you get a lot of it at once. You can enjoy the sugar buzz that’s similar to what you get from a large sweet iced tea that is so popular in the southern United States. These same (or nearly the same) drinks get mixed with alcohol in other parts of the country for a similar but more powerful effect that’s not just sweet but also intoxicating. In other words, there are plenty of ways to make this, depending on your preferences. 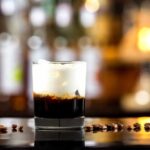 Variations – You can make this with regular or diet Dr Pepper. It can also be made with other creamers besides half and half, or you can just use plain milk. A dairy free version can be made without any milk at all or substituting the dairy milk for almond or soy milk, if you like. You can also use homemade Dr Pepper, utilising either of the recipes we have provided or one of your own.

Dr Pepper can be made lots of ways, and then once you either buy it or make it yourself, there are tons of great drinks to make from it. We have just given you one drink option, but you can use it in all sorts of cocktails and other kinds of beverages. The spicy, carbonated, sweetness is what makes Dr Pepper different from a lot of the other sodas, so it is a fun drink to mess around with and try in a few different recipes. It will give you something very different from the heavy flavour of Coke or Pepsi or the light, citrusy taste of Mountain Dew and Sprite.

I think it is worth trying to put this drink together on your own just for the accomplishment. It feels kind of neat to be able to make a name brand drink at home and save yourself some money.

The reason a lot of people will make something like this at home, though, is so that they can make it healthier. They are in control of the ingredients, so they determine how much sugar goes into it and what flavour it ends up with ultimately. Maybe there are aspects of the drink that you like or don’t like, and you can accentuate the good stuff and leave out the things you don’t care for to make it more to your liking. 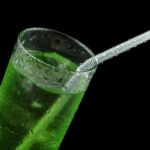 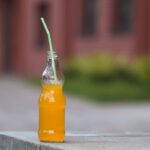