When you roast poblano peppers, you take a lot of the bite out of them, creating a much milder flavor. From that point, it’s pretty easy to eat a bowl full of them.

Roasted peppers have a crispy exterior that gives them a delightful little crunch. Once you start making these in your own at home, you may feel like you could just keep on eating them all day long. The delightful but mild taste and the incredible texture make them a treat you want to have over and over again.

Poblano peppers can be a little tough to come by. Not every grocery carries them. You’re more likely to find jalapeno peppers, habanero, bell peppers and other common varieties. The last time I found poblano peppers, I had to go to the outdoor market. Maybe you’ll have the same difficulty, or maybe your grocery is a little more well stocked than what’s near me.

If you’re having trouble finding these peppers, you can try Mexican groceries. These peppers are a staple of Mexican dishes, so you can expect to find them in ethnic stores that carry Mexican foods. You should try to get them fresh, if at all possible, but canned poblano peppers work as well.

If you find it difficult to locate these kinds of peppers, you may want to buy them in bulk. After roasting these peppers, you may realize that you really love them. I find them irresistible, so I definitely keep a lot of them on hand at once. If you buy these in bulk, you can store them in the freezer for months at a time without worrying about them going bad.

When you’re ready to use them, simply take them out of the freezer and place them into the fridge or on the counter to allow them to thaw out overnight. I don’t suggest placing them in a bowl of water to help them thaw, as that can fill them with water and interfere with the roasting process.

Roasting poblano peppers is something you can do a few different ways. Your options will depend on what kind of cooking setup you have and the equipment available, but I’m going to stick with showing you how to roast them in the .

That’s my preferred method, because I think it’s the simplest. That also means it’s the hardest method to mess up, which is excellent if you’re making these for the first time.

How to Roast Poblano Peppers

If you’re roasting poblano peppers, it’s important that you keep the heat high. I’m talking 425 degrees Fahrenheit, because you want to get that crispy exterior but tender interior. If you’re not cooking them at a high enough heat, you’re not going to end up with the right texture, and they won’t be as irresistible as they ought to. That would be a shame.

Start by preheating your . While the is heating, you can brush a baking with a little oil and place your peppers there. Then, brush the peppers with a little oil. I prefer olive oil when roasting peppers, mostly because it’s flavorful and healthy.

You can use any kind of oil you want, including coconut, vegetable, soybean, and others. If you’re concerned about your health, though, go for the oils made from monounsaturated fats.

I use a generous amount of oil on the peppers, and I think olive oil brings out some of the flavor from the peppers. The reason you brush the and pepper with oil is to prevent sticking on the and to ensure that the peppers roast properly and get a nice, crispy exterior.

You’re roasting the peppers for about 7 minutes and then turning them over to the next side and roasting for an additional 7 minutes. Do that for all three sides until they are fully cooked.

How do you tell if your poblano peppers are cooked? They should be blistered and peeling on all sides. If you don’t flip the peppers over while they’re cooking, they’re going to burn on one side and not have the right texture on another side.

How to Peel Poblano Peppers

When the peppers finish roasting, you can take them out of the other and put them in a bowl. Cover the top using plastic wrap or a dishtowel and allow the peppers to sit for about 12 minutes.

What happens during this process is that the peppers deflate and the skin becomes really easy to pull off. Peppers lose some of their pressure and air underneath the skin, and the interior of the pepper pulls away from the outer skin, leaving a shriveled exterior.

Pull off the skin and then slice off the stem of the pepper at the top. Next, scoop the seeds out with a knife or small spoon and get rid of them. From there, you are ready to slice the peppers and eat them as they are or add them into any recipe you like.

If you have any trouble peeling the peppers, you probably need to put them back in the for a little while. They should be very easy to peel, and after they have rested in the covered container, the outer skin should start to fall off on its own.

If that’s not happening, just put them back in the for a few minutes. You may want to keep the warm while the peppers cool after they come out, just to have the ready to use again if you need it.

How to Use Poblano Peppers

I like to add a lot of peppers to lots of different dishes, and their mild flavor and crunchy texture make them a great addition to softer fruit. You can add them to breakfast scrambles, mixing them in with scrambled eggs and chopped meat, and they are also great addition to potato dishes, as their mildly spicy flavor is mostly negated by the potatoes.

One of the most popular ways to use these peppers is as a topping on pizzas, and they can be a great garnish on salads, soups, and other dishes. You can also add them to all sorts of Mexican dishes, like burritos, tacos, taco salad, and more.

Poblano peppers will stay good to eat on your counter for a week or so. If they start to change color or become overly soft or have dark spots, you may need to toss them out. Try to use them or freeze them within a few days of purchasing these peppers. Otherwise, they will go bad on you, and your purchase could be a waste.

Once you’ve tried roasting them and used them in a couple recipes, I suggest searching online for other ways to prepare these peppers and additional dishes to try them in.

There are so many different ways you can use poblano peppers, and I just barely scratched the surface of that here. They are a staple of Mexican cuisine, so there are tons of great Mexican dishes that incorporate them and make good use of their flavor and texture. 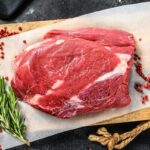 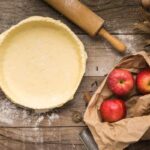