If you’re not familiar with Spanish food and culture, you might be wondering what “tapas” are. A “tapa” simply refers to a small snack or dish that is typically served with a drink when ordered at a bar. Tapas can be prepared hot or cold, and range in culinary styles.

This popular form of eating is thought to have come about around in the 13th century. One story has it that King Alfonso X of Castile found that he could only eat small amounts of food while recovering from an illness. The King’s new way of eating became popular, giving birth to the tradition of tapas. Another legend has it that tapas originated in Andalusia, in the south of Spain, with the tradition of covering drinks with small plates or pieces of bread to keep flies or dust out – “tapar” means “to cover” in Spanish. Regardless of their origins, today tapas in Spain and beyond have become wildly popular.

Small dishes such as Spanish ham or croquettes, Patatas Bravas to green peppers, can together make up an entire meal, and are popular with locals and tourists alike in Spain. Barcelona is teeming with tapas bars and restaurants. Ranging from the more authentic, traditional bodegas to the lavish, upmarket restaurants, this city has tapas for everyone.

With so many to choose from it’s difficult to know where to start. In order to help, we’ve compiled a list of some of the best tapas restaurants in Barcelona to make life a little easier for you.

Specializing in Mediterranean cuisine, CruiX mixes the classic with the creative. A stone’s throw from plaza Espanya, the restaurant has an open micro-kitchen where customers can watch their food being prepared. Keeping it simple, CruiX’s menu includes some old-fashioned Spanish classic tapas dishes, such as jamón ibérico and anchovies in vinegar with romesco sauce. However, if you’re looking to try something a little more daring, CruiX delivers some exciting new takes on tapas dishes. These include the Russian red tuna Nigiri or the Peking-style duck croquettes.

Opened in 1945, legendary bar La Plata is the archetypal tapas spot. Traditional in every way, they keep things simple, offering only four delicious tapas dishes; vinegar-cured anchovies, fried anchovies, butifarra sausage and tomato salad, all cooked freshly every day on site. Wash it all down with a glass of wine served straight from the barrel.

This authentic Catalan restaurant and bar is the perfect place to enjoy delicious food in a relaxed atmosphere. Located in the Born neighborhood, near the Picasso Museum, it’s a convenient stop off for draft beers and tasty tapas. The menu marries traditional flavors with international influences to bring tapas such as tempura-like artichokes, squid-ink croquettes, charcoal-grilled fish of the day and succulent meat dishes with seasonal vegetables. Accompany your tapas with some regional wines and your meal is complete.

A small slice of Barcelona’s history, El Xampanyet is without a doubt one of the most authentic tapas bars in the city. Famous for its cava, vermouth and tapas, the bar has been run by the same family since the 1930s. The menu is long and offers a range of tapas including all the classics, with patatas bravas, Spanish ham and green peppers. However, ask the staff for recommendations or specials as they’ve always got a little treat up their sleeves.

Located in the bohemian neighbourhood of Gràcia, this small gourmet tapas bar offers sophistication and simplicity. The brainchild of Catalan comedian Andreu Casanova and his friends Josep Maria and Jonathan, Intrèpid’s menu changes every few weeks to offer fresh and seasonal tapas dishes. Star tapas dishes include the tuna tataki with sesame and Chinese cabbage. Why not also try the octopus ceviche with sour apples or the bravas arrugas and mini burgers?

Opened in November 2014 by Bruno and his wife Sofí, along with chef Ramón, Casa Lolea offer a truly Spanish experience with tasty tapas and its very own brand of refreshing artisan sangria. For an upmarket tapas experience try the foie micuit with onion marmalade & volcanic sea salt, cecina (cured beef) with semi-dried tomatoes & ricotta, or the salt-cured tuna with orange, scallions & almonds.

Housed in an old hardware store just a stone’s throw from Arc de Triomf, Casa Ràfols offers uninterrupted cuisine from 9am until midnight, Monday to Sunday. Head chef, Txemi Andrés Alonso, with a nod to his heritage, brings some Basque seafood favorites to the menu, as well as traditional tapas. Intriguingly, during the Spanish Civil War the building housed a secret dining room in its basement. This has now been transformed into Club 61, Casa Ràfols’ private, underground cocktail bar. 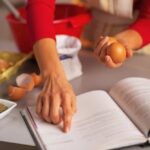 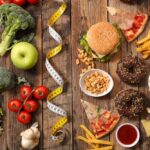