Almond milk is considered the tasty, vegan alternative to dairy milk. It’s one of the more commonly used plant-based milks, right up there with soy milk. We often use it as a creamer for coffee instead of cow milk because of the sweet taste. It’s also less fattening and of course lactose free, so it has some serious benefits going for it.

We would recommend almond milk to anyone who wants a safe, natural and healthy alternative to cow or goat’s milk. It’s great for lactose intolerant people and it never feels like you are sacrificing flavour or that dairy experience when you choose almond milk.

Each kind of milk has its quirks, and if you have never had almond milk before, you might be wondering how do you know if almond milk is bad? Can you take a sniff of it and tell it has spoiled like you can with goat’s milk or cow milk?

Maybe there is a discolouration you need to look for to tell that it isn’t safe to drink. If you asked most almond milk drinkers, they probably wouldn’t be able to tell you either. We all use our almond milk before it’s supposed to go bad, so how would we know?

Well, you don’t have to wonder, because we’re going to tell you how to know if almond milk is bad.

One easy way to tell if your almond milk isn’t good to drink any more is to just check the date on the box. The use by date will be printed there and let you know at what point you should toss it out.

This date usually gives you a few days after the sell by date or a few days from when you buy it in the store. Almond milk lasts longer than fresh dairy milk, but it does go bad eventually. Don’t think just because it is plant milk that it will stay good forever.

So, what if you still have almond milk left and the use by date has passed yet the milk still looks and smells okay? Is it fine to drink expired almond milk if it doesn’t appear questionable? What kind of horrible stomach problems will you get from braving the expiration date?

How to Know if Almond Milk Is Bad

There are three key ways to tell if almond milk is no good and they all have to do with your senses.

The simplest way is to look at the milk and see if it looks odd. You can tell by a visual inspection if something is wrong with the milk, since it will start to clump up instead of looking smooth and creamy. Once your almond milk begins to look a little like cottage cheese, it’s not milk any longer, and you shouldn’t be drinking it. Almond milk thickens as it goes bad, and that’s an easy way to tell.

Expired almond milk will not smell like it should either. It may still smell alright after the expiration date, but when it is no longer safe to drink, it will definitely have an unpleasant smell to it.

The smell will be a little off, so it should be noticeable if you stick your nose right next to an open container. If you aren’t used to drinking almond milk, then expired almond milk may smell okay to you. once you have been using it for a while, though, you get accustomed to how it is supposed to smell and will notice right away if the smell is off in some way.

Maybe the almond milk hasn’t started clumping and thickening yet and it doesn’t have a strong odour to it, but your sight and smell are not the only senses you can use to detect spoiled almond milk. If you take a taste and it seems sour to you, then the almond milk needs to be tossed. Almond milk will sour as it expires, so definitely watch for that.

If you have any question about your almond milk’s shelf life and are wondering how do you know if almond milk is bad, then do a taste test. Don’t pour a bowl of almond milk for your cereal or add it to your coffee if you aren’t sure the milk is okay. First, take out a small spoonful or pour a small amount into a cup and taste it. If it is sour, the whole carton needs to go.

How to Store Almond Milk

Now that we have answered the question of how do you know when almond milk is bad, let’s talk about how to safely store it.

You can keep it in the fridge after you buy it, and the milk should be good for 7-10 days. The best place to store your almond milk is in the back of the fridge. That is where your fridge is the coldest and most temperature controlled. Near the front of the fridge, the temperature shifts whenever you open the door and can vary based on how many items you have stored there.

Storing almond milk in the door is probably the worst place for it, since that is subject to the most temperature changes.

What about Separated Almond Milk?

Almond milk can start to separate after a few days in your fridge, especially if you haven’t been using it and it has been sitting still on the shelf. How do I know if almond milk is bad? Does separation mean it is time to toss it?

Not necessarily. You can just give it a few shakes and see if it comes back together. If it does, it is good to use, but if not, then you need to get rid of it. The same holds true for clumping. If there are some small clumps in your almond milk when you open it, then you can shake it and see if they disappear. If they don’t, you should toss the carton.

A lot of people will waste their almond milk because they don’t know for sure what indicators mean it is bad and what is normal for almond milk.

If you find yourself asking how to know when almond milk is bad, refer back here for your answers. It’s not the same as dairy milk, but there are definite ways to tell when the milk has gone bad. You don’t have to wonder and risk making yourself sick or risk tossing out perfectly good milk. 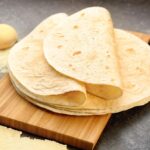 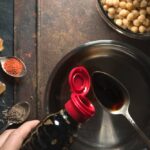