A good marinade can really change up the flavour of chicken and make it far more savoury. The length of time you marinade makes a different, and you don’t always need to marinate for a long time for the marinade to do its job and be effective. You can change up the marinade times based on what kind of food you are making and what kind of flavour you are going for. Some marinades are stronger than others and won’t need as long to sit and soak up flavour.

How long can you let chicken marinate before the marinade damages it? Is there too long for a marinade to sit? How long can you marinate chicken before it is ready? These are all questions I asked when I was first learning how to cook. I wanted to speed up the marinade process so many times, and I also didn’t want to ruin my dish. I was concerned about over-marinating and under-marinating, and you may have the same concerns.

If so, then this article is for you. I am going to go in depth and look at what marinade does to chicken and how much time that bird really needs to sit in the marinade before it is ready. The answers might surprise you, as they did me when I first started researching this topic.

How Long Can You Marinate Chicken before It Goes Bad?

One problem that you run into with marinating chicken is that people sometimes will marinate for too long. You might not have thought that was possible, but it is serious enough of a problem and common enough that you can find lots of horror stories out there about people who over-marinated their chicken.

Leaving the chicken in the sauce for too long will make the chicken’s outer texture get overly stringy and dry. That’s if the marinade has an acidic quality to it. So, if you are wondering how long can you marinate chicken in lemon juice, then you need to keep it on the short side. Lemon juice is very acidic, and while marinate can take anywhere from 5-10 hours, you should err on the side of caution with something acidic like a lemon juice marinade.

The more acidic the marinade is, the shorter the marinade time should be. If your marinade eyes right lemon juice and nothing else to dilute that, then 3-4 hours is probably enough time.

You can actually marinate chicken for just 10 minutes if you want to. That’s enough to add some flavour to the chicken. Did you know that marinade won’t penetrate the skin hardly at all, so even a short marinade time can have an effect. It won’t be as flavourful as if you left the chicken in the marinade sauce for hours, but it will still have more flavour than it did before it went in with the marinade.

How long can you marinate chicken in the refrigerator before it goes bad? This may slow down the process of damaging the chicken, but you still need to be careful with your time. It’s best not to go over six hours for marinading in most cases and when you use the fridge for your chicken storage while it is marinating, you should top out at 10 hours. So, it should be okay to leave the chicken in the marinade overnight, so long as it isn’t a very acidic marinade. However, you should take the chicken out of the marinade in the morning and transfer it to another storage container that isn’t filled with marinade.

How long can you marinate chicken in the fridge? It depends on the size of the chicken, the type of marinade you are using and how much time you have available. Some people want to rush the marinating process, but you should try to avoid that. Your chicken will be more flavourful if you can let it marinade for at least a couple of hours. The longer the better, so long as you don’t exceed the recommended limits.

So, how long can you marinate chicken in lime juice or lemon juice? Keep it down to just a few hours, because you don’t want the chicken to become stringy and dry out.

How Long to Marinade Chicken in Non-Acidic Marinade?

The kind of marinade that isn’t acidic, like buttermilk, coconut milk, or yogurt, allows for longer marinade times, if you need it. Remember, there isn’t any reason to marinate the chicken for more than a few hours, topping out at six for maximum flavor penetration. Anything beyond that is unnecessary, but you can go as far as 10 with a non-acidic marinade. In some cases, even 24 hours is an acceptable maximum, especially for something as base as buttermilk, but you may not care much for the texture of the chicken once it comes out. You might find that the texture has changed.

Just like your skin changes after soaking in the bathtub or a pool for a few hours, the texture of chicken changes as well with a long soak. How long can you marinate chicken in buttermilk? I would say anywhere between 5-10 hours is fine. If you want the marinade to penetrate and really affect the chicken’s flavour as much as possible, then you can cut a few slices into the chicken. This gives the marinade more surface area to cover, resulting in more flavourful chicken.

When you are wondering how long can you marinate chicken in Italian dressing or you have another question along that same line of inquiry, just keep in mind that acidic marinades will have a stronger effect on the chicken. Marinades that use wine, vinegar, citrus juice, or tomatoes (including ketchup) will be highly acidic. They will have a damaging effect on the chicken after a few hours of marinating. If you want the best results with your chicken and you want the texture to taste right and the chicken to be juicy, then do not over-marinate. 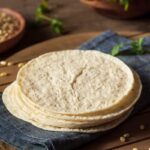 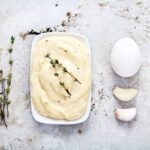