We used to think that the name chicken tenders was simply a marketing term made up by some company to make their brand of chicken meat sound more appealing.

Who doesn’t want to eat something that is tender and tasty? It certainly sounds more delicious than chicken strips or chicken breast meat.

Chicken tenders are actually a real cut of meat, though, and this piece of chicken gets its name from being so soft and tender that it can be pulled right off of the chicken breast with your bare hands. You don’t even need to slice it with a knife to remove it!

Chicken tenders are juicy and succulent, and if cooked properly, they can be so tender that they don’t require a lot of chewing like some of the other parts of the breast. This is why they are considered such prime cuts of meat and are the signature dishes of numerous restaurants.

Chicken tenders often taste best battered in some flour, egg and seasoning and then fried until they are crispy. Fried chicken tenders are a great addition to a meal and can even be put together with some bread for a sandwich.

They’re versatile and delightful, but do you know how to cut chicken breasts into tenders?

Your butcher might not sell the breast tenders on their own and may only sell the breast piece. You would have to separate your own tenders, but it’s no big deal once you know what to do and how to do it.

You start with a skinless chicken breast. If you are using a whole chicken, just chop off the breast portion and work from there. It’s a lot easier to pull off your tenders if you are working with the breast cut alone.

You can cut your tenders from the chicken breast in two different ways.

You will get more tenders the first way, but you will have only what are technically considered tenders the second way, so it’s up to you. Now you know how to cut chicken breast into chicken tenders.

Chicken tenders are an easier way to cook the meat. If you are making a dish like fajitas or a burrito, chicken tenders are the perfect size. Ensure they aren’t too big though or you could burst your tortilla wrap, check out my guide on how to wrap a burrito like a pro.

How Do Chicken Tenders and Chicken Strips Differ?

Have you ever used these terms interchangeably and maybe wondered if they mean the same thing? You don’t have to wonder any longer, because while the two terms refer to very similar cuts of meat, they are not exactly the same.

Chicken tenders are specifically cuts of breast meat with a thin membrane attached. These tender pieces are easy to separate from the rest of the breast and there are two of them per chicken breast.

They should generally taste the same, though, so you’re not missing out by going with one or the other. However, because chicken tenders are predetermined pieces, they may be cut thinner than the chicken strips. The strips can be cut as thick you want, so that can be an advantage if you are looking for large pieces.

What about Chicken Fingers and Nuggets? How Are They Different?

We might as well discuss these cuts of meat as well while we are on the subject of tenders and strips and all of that. Chicken fingers and nuggets can be grouped together as formed chicken that is not usually taken from a continuous cut of meat. These pieces of chicken may or may not come from the breast, though sometimes breast meat is specified on the packaging for these kinds of pieces.

The difference between the two of these types of chicken meat products is that the fingers are long and thin and the nuggets and shorter and don’t have much of a shape beyond just being a roundish blob.

They can both be made from chicken mush, which simply means pieces of meat from all throughout the chicken that are combined to form a single piece of meat. They are not typically continuous cuts of meat, distinguishing them from tenders and strips in that regard.

In some cases, nuggets and fingers can contain pieces of tendon, fat or even bone. Because of this, they are often considered inferior to both chicken strips and chicken tenders. They are not considered to be choice meat but may often be made of the leftover pieces after much of the chicken has been used to make other meat products.

Should You Wash Chicken Breasts?

It’s not advisable to wash your chicken before you cook it, and we’ll tell you why. When you wash raw meat, you can spread germs all over your kitchen. The water splashing onto the chicken will splatter across your sink and hands and clothes and leave germs everywhere.

Washing down your chicken in the same sink that you wash dishes in or prep other foods in is like rubbing a raw chicken all over the area.

If you want to wash the chicken, you need to cover the area with a washable or disposable cloth and then get rid of that cloth (or clean it) afterwards. Or you can scrub down the affected area thoroughly, making sure to sanitise and kill all bacteria with an anti-bacterial soap or spray.

Another way to wash your chicken somewhat safely is to take it outside and wash it in an area that is away from food items.

However, washing isn’t necessary to get rid of bacteria. If you cook the chicken properly and thoroughly, you will cook out the bacteria. Washing the chicken simply spreads the germs around rather than killing them, so it is rarely a good idea.

I understand that some people are so used to washing their chicken before they eat it that giving them a safer way to do that may be helpful.

We feel like we wouldn’t be doing a very thorough job of talking about how to cut a chicken breast into tenders without providing you with a recipe to make breaded, fried chicken tenders. This classic dish is fairly simple, especially when you already know how to cut the breasts yourself and you have that skinless length of chicken meat to begin with.

You can cook the chicken in the breading you will make, so don’t worry about prepping the chicken for this recipe beyond removing it from the breast section. The breading and the chicken meat should cook together.

Prepare a flour breading for the chicken by using a mixture of flour with salt and pepper to taste. You can add other spices in there if you like- some chilli pepper for heat, Italian bread crumbs for subtle spices or some cornmeal for a Southern version of chicken tenders.

Then, dredge your chicken tenders in buttermilk, or egg, or just plain milk. Any of those work, depending on how you want the breading to taste. Buttermilk helps create a crispier, crunchier breading when the chicken is cooked.

Once you have dredged the chicken, it can be rolled into the flour until evenly covered. You can pat the chicken down or shake it slightly to get off any excess flour and then put it right into hot oil. At a high heat, the chicken tenders should cook in about six minutes.

You can serve chicken tenders with a variety of sauces, including honey mustard, ketchup, barbecue, buffalo wing sauce, or sweet and sour sauce. 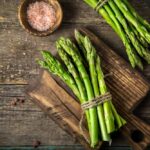 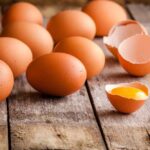