It’s not too difficult to make rice that tastes good and has the right consistency, but bad things can happen sometimes. You forget the rice on the stove and it turns out burnt. Or you accidentally add too much water and end up with rice that doesn’t have the right texture. Maybe you tried to add some seasonings to the rice and you misjudged, and that caused it to end up in a mess.

We all have those times where our rice doesn’t quite turn out the way we had hoped it would and where it won’t really work for the dish we are making.

What to do with the mess of a rice? How to fix mushy rice? I want to show you a few methods I use whenever my rice goes bad as well as a few ways to fix the most common problems that can happen when rice doesn’t turn out like it is supposed to.

The old saying that you should make lemonade when life gives you lemons holds true here. There is a solution for when your food isn’t turning out right, and there is a way to turn things over and get a decent meal out of what seems to be a ruined dish.

Don’t let some mushy rice throw you for a loop, because I’m going to arm you with the tools you need to turn that rice around and make it into something not just edible but also very tasty.

Next time your rice goes bad and is water or overcooked or mushy, come right back to this page and get the help you need to put it right. You don’t have to toss it all out and start over again when you have a solution to fix it.

How to Fix Mushy White Rice

When the rice gets mushy, that probably means that you cooked it too long with too much water. This can cause the rice grains to split open and make your rice squishy and gooey. If you want to fix that, one of the simplest solutions is to make it even mushier and turn it into a rice pudding.

How to fix mushy brown rice or white rice and make it into rice pudding? Add some milk to your rice, along with some sugar and a little vanilla. You are only using a small amount of vanilla and sugar, and once you mix all of that together, you have a lovely rice pudding.

How to Fix Cooked but Wet Rice

Maybe your rice hasn’t become too mushy yet and it is just overly wet. If the grains haven’t begun to split, then you can still salvage it and use it as a regular rice dish- no rice pudding needed.

You can keep in cooking the rice, on low heat. This will evaporate the water and dry out the rice a bit. The low heat is essential so that you don’t force the grains open. You can cover your pot to keep on cooking, but pay close attention to the rice so that you don’t overcook it.

This works for Spanish rice as well. You just need to keep on cooking it on a low heat until the water boils off. How to fix mushy Spanish rice without using the pot? There is another way you can use for any kind of wet rice that hasn’t gone mushy yet. That would be to remove the rice from the pot and place it on a baking sheet. Then, bake that in the for a few minutes to evaporate the water.

You could also try to drain the water off the rice. You can do that by draining the rice through a fine mesh sieve or just opening the lid slightly on the pit and turning it on its side to drain out the water.

How to Fix Mushy Rice in the Pressure Cooker

The best way to prevent your rice from becoming sticky and mushy in the rice cooker is to rinse it first and then be careful about how much water you use. Too much water can make it mushy and sticky. Rinsing the rise gets ride of the starch, which can also cause sticky rice.

How to fix mushy rice in rice cooker, though? You will probably have to make it into rice pudding, unfortunately. There isn’t a whole lot you can do with mushy rice if that texture bothers you.

The only time mushy rice is really acceptable is as a rice pudding. You can always turn all of your mushy rice into a pudding and then store in the freezer what you are not going to use in the next few days.

Then, you can just take out what you need when necessary. It’s not a bad idea to separate the rice pudding into small bags in your freezer so you can portion it out later on.

How to Fix Mushy Fried Rice

When you make fried rice, the rice can turn out kind of mushy. There is a great way to prevent that, though, and it is fairly simple. You will need to refrigerate your cooked rice in the fridge overnight before cooking it up as fried rice.

This is a secret to avoiding mushy fried rice. Doing this will separate the rice and prevent it from becoming mushy as you cook it up. Another method is to air out your freshly made rice and then place it into the fridge for a couple of hours before you try to cook it.

How to Fix Rice That Is Too Salty

What if you have a pot of rice that is very salty because you accidentally overdid it on the salt? That can easily happen if the cover for the salt shaker comes off as you pour or you just overestimate how much salt your rice needs.

Once you taste the rice, you will be able to tell if the salt content is too high There is a pretty simple fix for this, though.

If you have some rice that hasn’t been cooked left, you can simply make up another pot. Don’t bother to add any salt to that rice. Once it is done cooking, combine your two pots of rice into one and mix. You can then taste test it again to see if the salt content is right or if you need to add a bit more to flavour the rice.

How to Keep Rice from Becoming Soggy and Mushy

What if you want to make sure you don’t end up with mushy rice at all? There are some steps you need to follow to ensure that your rice isn’t soggy and squishy.

You should wait to add the rice until the water is boiling. You can add in salt at that point as well. If you put the rice and water into the pot at the same time, then that can cause the rice to absorb more water over time and make the grains split open as they burst with the absorbed water. So, hold off on adding the rice to the pot until the water has begun boiling.

When you add the rice, be sure to stir it gently. You only need to stir enough to separate it so that it does not clump up together.

Cover the pot with a lid as it cooks. Be sure to cook on low heat. For three cups of rice, it takes about 20 minutes to cook. You should check the rice after about 10 minutes to see if it is done. Better yet, you can use a pot with a clear glass lid so that you can see the rice as it cooks.

When the rice is done cooking, fluff it with a fork.

It’s not tough to cook rice properly, but you do need to know the proper steps and follow them exactly to get fluffy rice that isn’t too dry or too wet and that doesn’t split and become mushy. 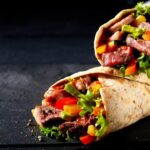 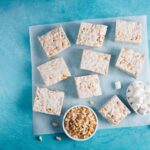